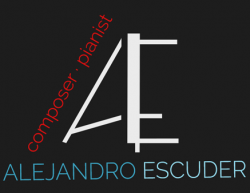 We are all Paris (but really)

I would have never imagined that it would start a blog speaking of terror that took place yesterday evening in Paris, but the action requires a reaction.

As many already know, last night there were several explosions in several points of the city and surroundings, including the concert hall Bataclan, where they were taken and killed more than 100 people.

But information can be largely found in the media. I want to go, as a friend of mine, thought-provoking. It does lack social reflection, and much. Because it seems that in Western society we never learn. It seems that while no problem you have every day in our noses, ignore it.

A big mistake no doubt. If it is confirmed that they have actually been attacks of Islamic terrorist cells, do not we knew already the existence of these? Perhaps not have we already suffered them in the past? And the measures taken by the Governments, you can see whenever a tragedy such as the which occurred occurs, there are neither effective nor sufficient. But make no mistake, these problems have happened and happen in other countries, countries like Syria that many have wanted to ignore.

All we ask, if Paris will be the last, or just the first.

It is necessary to be aware that we have been the reason. “Others” have been the action. And the events are the consequences.
The reason involves a justification in the minds of those who commit these acts, which hardly we can understand with our mentality, at least I.

Terrorism seeks to create fear. And fear is the largest force that moves the human being, even more than love (Jose Luis Sampedro quoting). As I read from a friend of mine, terrorist actions, death, fear, physical, emotional and social damage… they are universal values of every culture in the world, and are terrible and unacceptable in any case.

Fanaticism cloud objective critical capacity and extreme the subjective. We don’t know exactly what we have done wrong, but we know that there are people hating us for something. This hatred have led to it (don’t know if justified or unjustified) us, but safely criminals find their reason in us. Not to be victims it should ignore our own responsibility, and we must not forget that probably from his point of view that are the polar opposite feel or have felt victims under his judgment (which, from my point of view I don’t understand or justify).

The first error is in ourselves. The solution also.

But it is not because only terrorists or Governments, but all. An event of this caliber does not exclude anyone.

Change begins in each, I like to say. And when months ago, when he began the drama of Syrian refugees have seen the reactions of some people and their behavior against it, you realize that much remains to be improved in our education. But above all the fact of being aware that each of us is part of a society, and that their actions affect others. Ignore this is attacking itself, because every action has consequences – it knows it all over the world.

Therefore, we have to be more prone to collaboration. This exacerbated individualism I don’t know where will take us, but certainly it is at times making us forget that we are a point between 7 billion, and that our well-being depends on the well-being of others, and vice versa.

Little hard to lend a hand, little hard to smile, very little slope even make clicking “Like” and yet many people do not simply out of envy. If we put our selfish pride to our ability to create happiness, it does say where we will go.

As the vivid attacks rarely have justification, I repeat. But we could have done more by not generating enmity? Could we have done more for integration? The answer is clear: you can always make more. It is difficult to tell if with more effort, we could avoid the appearance of these “crazy”, but there will be obliged to try. Because weed not is just tearing it again and again, but cultivating a field where it is truly difficult to grow.

I repeat, complaining isn’t going to lead us nowhere. An analysis and successful reflection of the facts, this time.

It is time not to surrender.

It is time for solidarity.

It is time for reflection.

It is time to demonstrate courage, courage and love, and not to be overcome by fear.

It is time to be United.

It is time to change for the better.

It is time to realize, that we are all Paris.